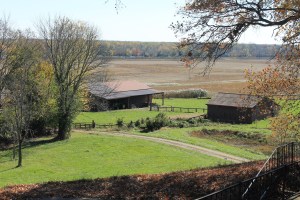 Man did not choose the locations of his dwelling places, his village, his towns, nature did.  Until at least the coming of the railroads, it was easy access to rivers and oceans that determined where people settled.  West Terre Haute and Terre Haute are surely examples of this.  Terre Haute (high land in French)was sited precisely because the high bluffs both gave access to and protected them from the Wabash river.  Without the river and its bluffs the towns may not have come into existence. 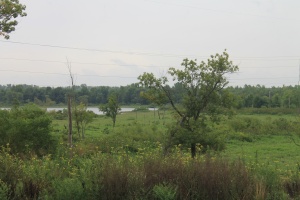 Views of ISU Towers and Terre Haute Courthouse from western bluff of of the Wabash, south of West Terre Haute